What Should You Do If You Buy Something… And Then Decide You Don’t Want It?

I usually try to do my research before buying, but sometimes I buy something and soon after decide that it’s just not for me.

This could be for many reasons. Maybe something looked useful, or at least I thought it would be useful, and then I found out after having it that just didn’t use it much. Or maybe something was useful, even if just for a short while, and then I changed something else that affected that items usefulness.

Did that make sense? I read it back to myself and thought it sounded a little confusing. So here’s an example. 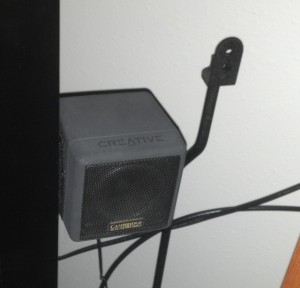 Then about a year later I got in the habit of rotating the TV to aim directly at my recliner during “gaming sessions”.Yeah I’m a gamer and I game on the Xbox 360. When I would rotate the TV, the speakers on the stands didn’t point directly at my recliner. And as a somewhat obsessive-compulsive being that lack of audio balance bothered me. So I needed to figure out some way to be able to rotate the speakers along with the TV. Long story short, I ended up using velcro to mount the speakers on the side of the TV.

After all that, I was left with speaker stands that I no longer needed. I just didn’t have any other need for them. And I had them much too long to be able to consider returning them to the store. I might have had a hard time returning them anyways.

So, what are some good ways to get rid of stuff like this? These are nice enough stands that I didn’t want to just give them away or dispose of them.

Here’s what I usually look at as my options when I want to get rid of something:

I find that I usually can get the best value for an item that I’m getting rid of if I have patience. If I’m in a hurry to get rid of something, I usually have to end up selling it for less that I had wanted to.

Do You Check Expiration Dates At The Grocery Store?

Have You Seen These Self Scraping Mixer Blades?

Buying “When You Need It” vs “Being Opportunistic”